With last week being Thanksgiving I didn’t do any ring features, but I wanted to jump back in again this week.  I have more weddingringwednesday stories to share.

I hope you’ll take a couple of minutes to browse though these great stories! 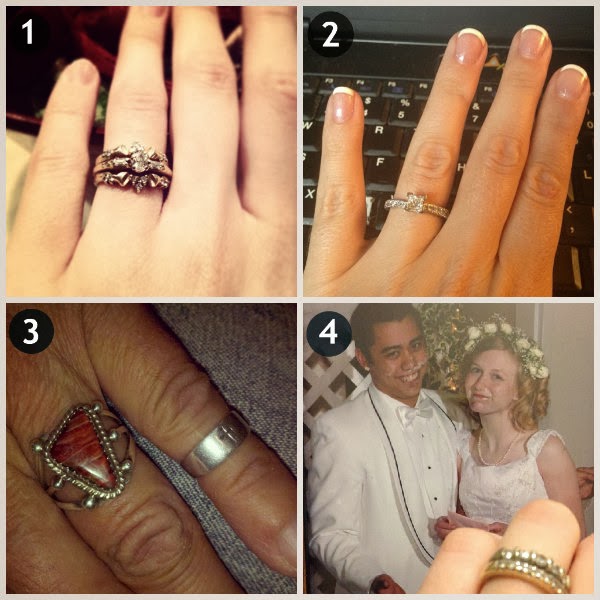 #weddingringwednesday We were high school sweethearts. Technically went to elementary and middle school together too. Got this ring for under $400 and got married when I was 18. Looking forward to being only 68 when we hit our 50th anniversary 🙂

although this isn’t my original wedding ring, it is what I wear now. I married my best friend nearly 18 years ago. we have worked together for our entire marriage, are raising 7 children (yes, they are ours!) and we are still very much in love! #weddingringwednesday

Happy #weddingringwednesday. Better join the cool crowd and show my cheap bling from my poor man who makes me feel rich. 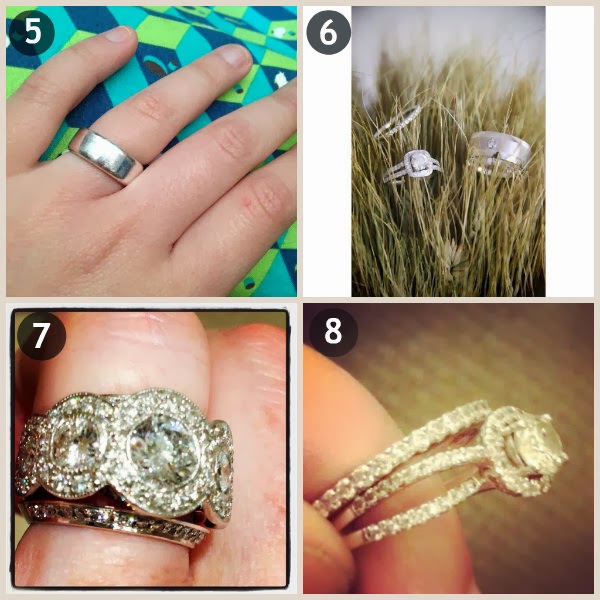 I’ll play #weddingringwednesday! I don’t have a huge story to share. I made our wedding rings in a jewellery class and proposed to him there very quietly after living together for 3 years. A year later he rang up my mum to ask for “permission” in which her response was that he had to shave his beard and cut his hair. He did that another year later and I no longer have a long haired bearded man, but a short haired husband. I still miss the long hair but he is rather suave now.

Felt it only fitting that since today marks 3 years of being together that I share my #weddingringwednesday story  D and I met when I just so happened to “fall” into his life on November 13th 2010 (see previous picture). As that night that we met came to an end, he ever so shy-ly asked if he could take me out to dinner the next day. Being that I had come out of very long on/off again relationship a few months prior, I was hesitant, but I said yes. The next day he came to pick me up for our date & my life forever changed. Everything just seem to fit. It didn’t take us much time at all to know what we both wanted & on Christmas Day 2010 he asked me to be his wife while we went for an afternoon walk along the beach in the very same spot that we went on our first date! We moved ahead with planning a summer wedding but when we received news of my Mother’s cancer diagnosis we rushed to pull together a whole wedding in less than 4 weeks & said “i do” on January 29th 2011

Playing along with #weddingringwednesday my husband was just a friend for a long while and then I had knee surgery and he didn’t leave my side. He even held my hair while I threw up #tmi . He has been by my side ever since taking care of me. This was the only ring I tried on because I didn’t really want to go shopping and I loved it #stillloveit 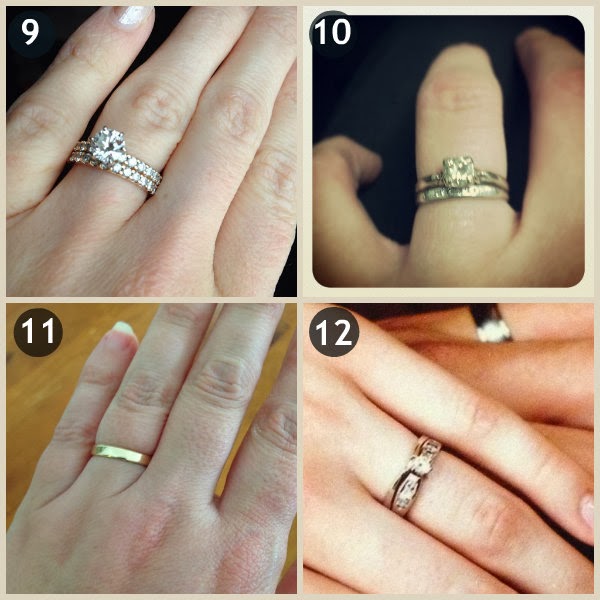 Two weeks from today we celebrate our third anniversary! So happy I get to spend eternity with my sweet husband @scott_t_hadley And I still love this gorgeous ring more than ever #weddingringwednesday

My wedding set from my grandmother. Inside the inscription says Billy to Doris 5-3-47

Joining in #weddingringwednesday My wedding ring is simple & traditional. My engagement ring (which I don’t currently wear as it needs mending) is also quite simple and traditional-my hub was on a traineeship wage and 20 years old when he proposed-I was 21, and we had been dating for 7 months. Totally not my style, but I had already decided to marry him-wasn’t in a rush though. We’ve now been married for 21 years and he’s my best friend. I also know that we can get through anything as the last 18 months have been a tough road (mental illness with our youngest teenager).

#weddingringwednesday the Christmas after I graduated high school, I opened a diamond ring in a heart setting. The diamonds were from my mom’s wedding ring. When I knew @joshjohnsen was planning to propose (10 1/2 yrs ago), I knew I wanted to use my mom’s diamond in my wedding ring. Eventually, I want to have the rest of her diamonds placed in a custom band that fits this ring. The mister is on his third band. He doesn’t wear it all the time, but wearing mine is important as it reminds me how much I am committed to him and our family … even during the hard times.