{How to fix curtains that are too short} 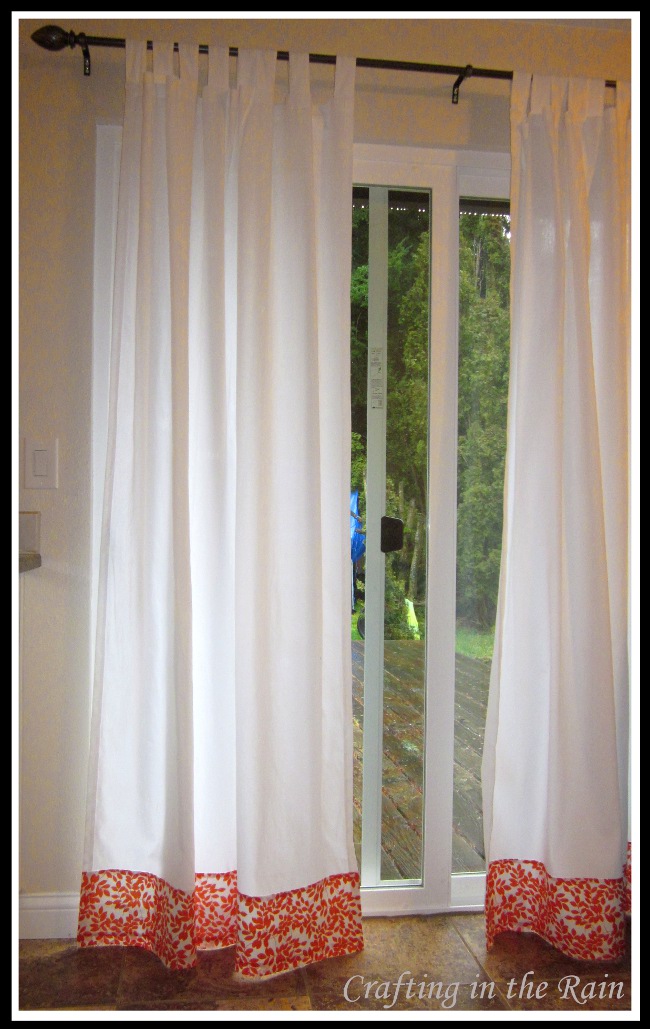 With all the remodeling we’ve done since we moved into this house a little over 2 years ago, we’re admittedly bad about actually decorating.  We were so proud when we hung curtains on our new sliding door pretty much right away!  Of course they were still just white, but at least we put up something!


Unfortunately we eyeballed rather than measured, and they came just about an inch higher off the ground than we wanted.  I kept thinking that I would lower the hem of them a little and we’d be fine.  But I never got around to it, and we kept thinking we wanted some color in them too. 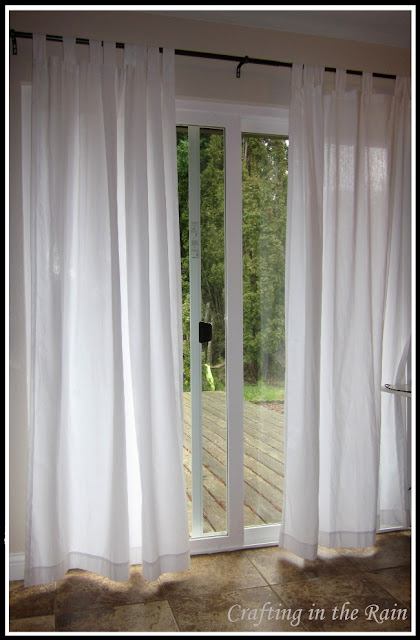 Rather than deal with that though (and possibly have the original stitch marks remain in the curtains) I bought this cool orange fabric to make a bottom band for the curtains.

They could potentially be new-sew, since I hemmed and attached these with Stitch Witchery (how have I never used that magic stuff before? 🙂  But I did have to do a little sewing to make a band long enough to go across the width of the curtain.

Basically I just took my strip of fabric and along the top I folded down a 1/4 inch hem and on the bottom, did 1/4 inch then another inch.  I pinned it on the curtain at the right height (I never took the curtains off the rods!) and then started attaching it along the top of the band with the stitch witchery and my iron.  At each edge I wrapped a hem around to the back of the curtain. 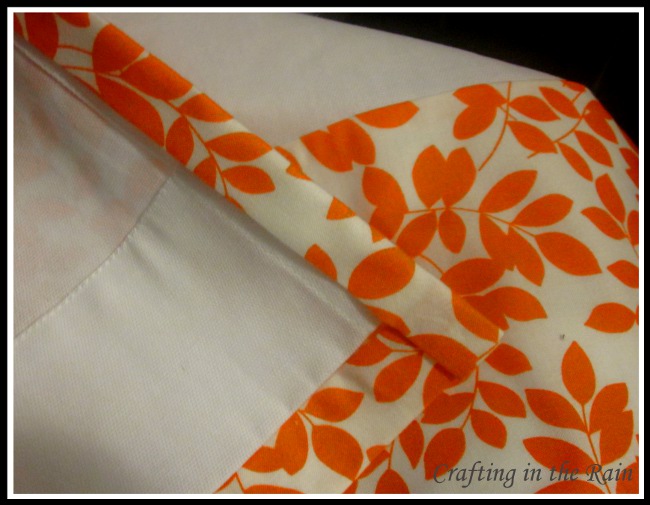 I’m so glad to have a little pop of color on them now.

How to Make Ruffle Curtains 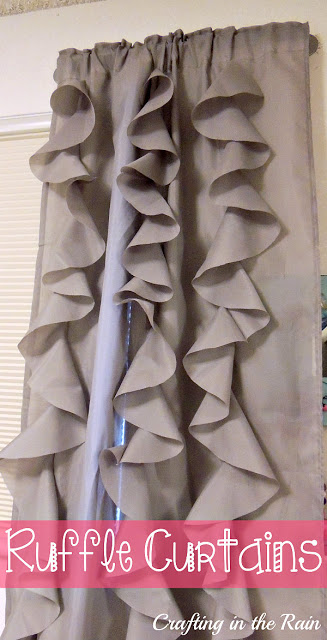