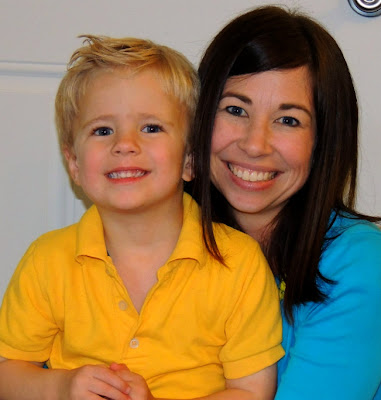 We had a pretty crazy week around here, celebrating 2 birthdays and Thanksgiving.  I’ve been excited to show off the few things I put together for Asher’s Cars party.  It’s obvious that I’m not a professional party planner.  But it just goes to show that a few little things here and there can make for a great and low-stress party!

The Cake.  It’s just a round cake with a cookie crumb road and a traffic cone made from orange candy melts and a sugar cone.

I covered the cone with melted candy, then using a baggie with the corner cut out, I drew a square of orange candy out onto some wax paper.  When it hardened, I peed it off and flipped it over (so the top would be nice and smooth) and used some more melted candy as glue to stick it to the square.  Then a new Lightning McQueen and “drawn” candy 4 finished it up. 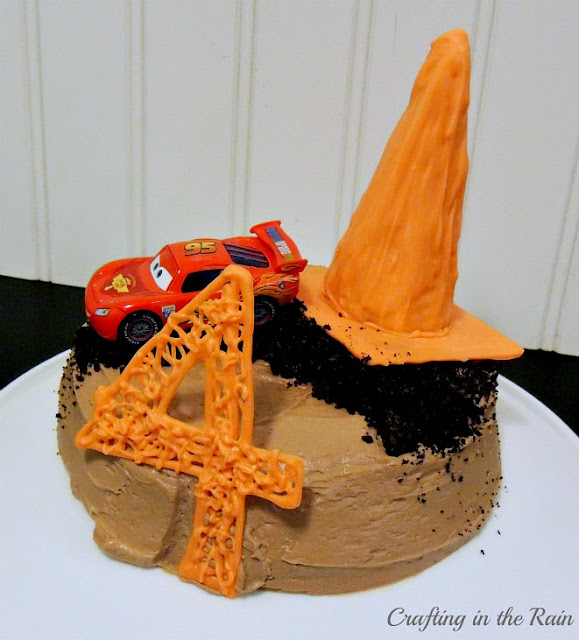 Goodie Bags
These are white lunch sacks with paper circles cut out and glued on the front. 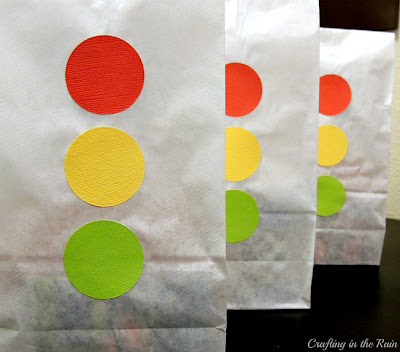 Then here’s what’s went inside.  From the dollar store: crayons, bubbles and paper cars, then a printed coloring page and chocolate donuts as spare tires. 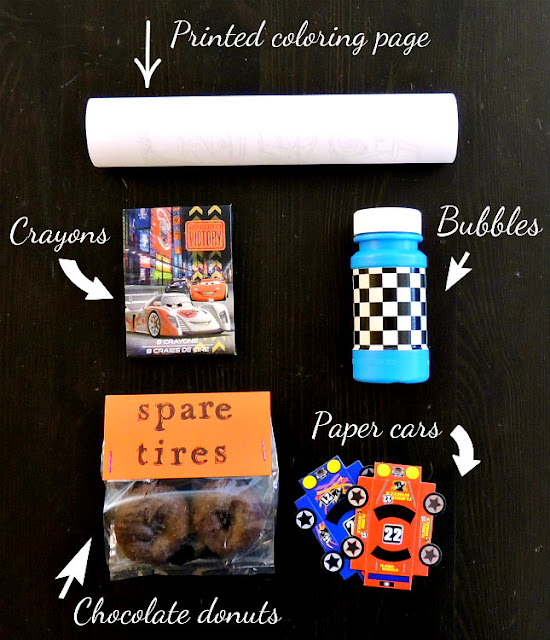 I just made mini cones using the same process as above, but instead used a serrated knife to just cut off the top couple of inches of the sugar cone. 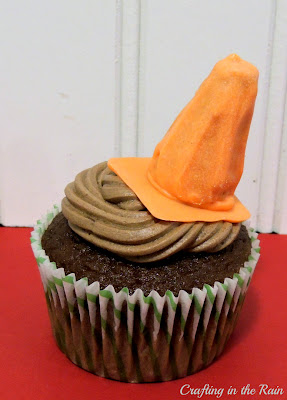 Decorations
This in another area where I go pretty low key.  I bought cardboard witch hats on clearance after Halloween and cut the edges to make them look like cones, then painted with primer and orange spray paint.  These lined the table where we ate lunch. 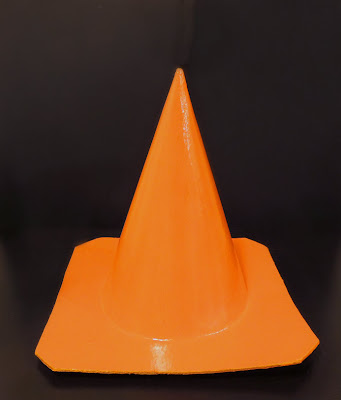 One wall got a Lightning McQueen blanket (that we already owned) pinned up, and I made the simple banner from cardstock and Duck tape . 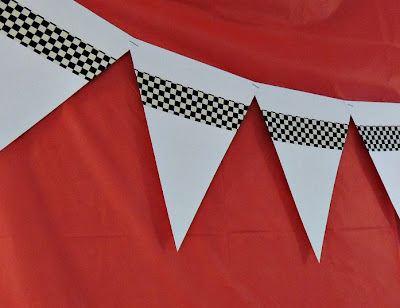 I’d say we threw a pretty successful party!  I’m pretty happy this little dude is in our family! 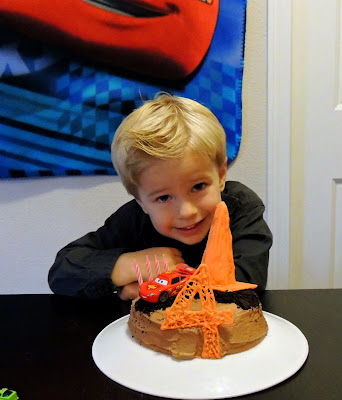 And random side note, but still related to birthdays, I picked a good one in my husband–he bought me some of the earrings I said I liked from All-Earz as one of my gifts.  They’re great and I love them! 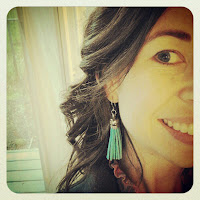