**Edit**
Didn’t ever get around to starting an advent, and now you’re bummed it’s already Dec 5th?  Don’t worry!  What about doing just a 10 or 12 day countdown?  Or do 12 days of Christmas (which really go from Dec 25 to Jan 6)  You may need something fun going on in those days before kids go back to school!
****


My twist on branches in a glass bottle. 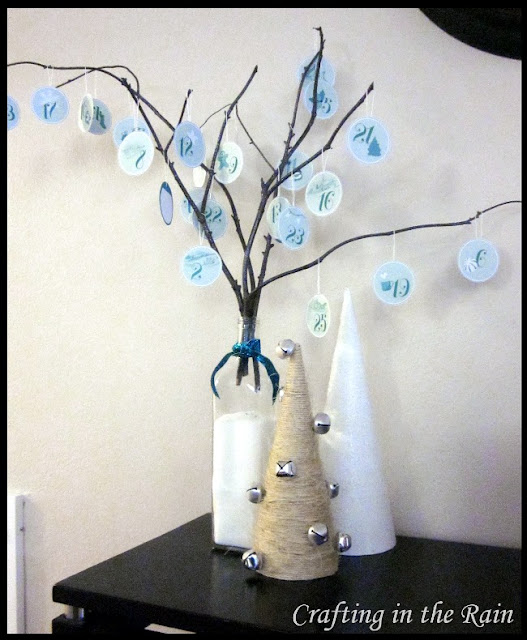 I saw it as an advent calendar sometime last year, and thought about making it.
Here is the picture I found that I fell in love with


Anyway, I made cones last year but wasn’t sure what to do about branches, and to buy them from the store can get expensive (they’re colored, and have lights on them, and they’re huge!)  So I hung them up on some twine like a garland, but I had to tape each one to the wall because they kept trying to twist.  So annoying.


This year I had a stroke of genius and looked in our backyard full of trees 🙂  I found some branches, trimmed off the tiny twigs and tried spraying them white.  But it wasn’t working.  The paint was cheap, the branches were still a bit damp, and any place with moss was soaking the paint right up and making it disappear.


So I grabbed Oil Rubbed Bronze instead and when it dried I blasted it with my spray glitter.  It was clearanced hairspray stuff from 2 Halloweens ago, so I sealed the branches with spray acrylic sealer to make sure the glitter actually stayed. 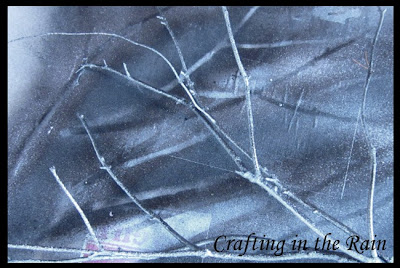 Then, since I can’t leave well enough alone, (and because the branches were too wimpy to hold up a couple dozen paper cones, especially if I put treats in them) I made new hanging numbers.  I had a piece of scrapbook paper with all the numbers in circles already so I just cut them out.  Then I made little pockets to put on the back to slip in a paper with the day’s activity. 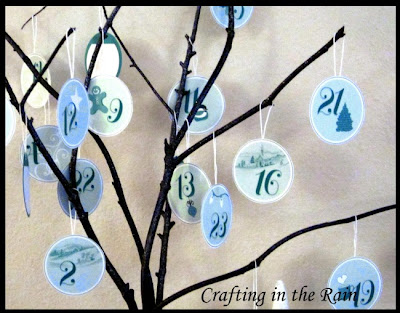 This is the first year we’ve tried an activity advent; it’s always been little candies before.  We’ll get enough treats through the season without that though.  The girls even helped me come up with some of the ideas.


Notice the two cardboard trees next to it too.  One is spray painted white and covered in epsom salt.  The other is wrapped in twine with jingle bells glued to it.  Super easy! 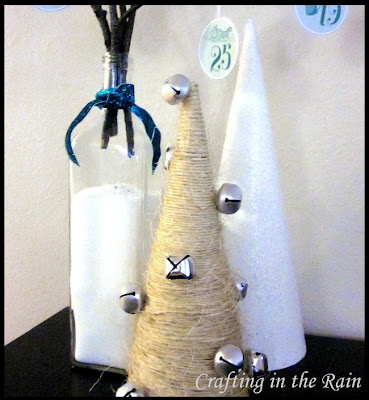 Here’s to a wonderful Christmas season!